What Is A General Average?

When a maritime accident occurs, it’s up to those on board to handle the situation quickly and efficiently with the primary purpose of doing anything necessary to save the vessel and cargo. This can mean throwing or “sacrificing” cargo overboard, or in the event of fire, the flooding of a cargo hold through firefighting efforts, which ultimately saves the vessel but destroys some cargo owners’ goods. To avoid wasting time by discussing what cargo should be lost to save the ship, the practice of General Average was established. General Average was formally recognized in 916 B.C. by the Rhodian maritime code and has been recognized and regulated through the ages by international treaties under the form of today’s York-Antwerp Rules.

There are some well-known General Average cases. The Hyundai Fortune vessel was sailing through the Gulf of Aden when a below deck explosion occurred. This caused roughly 90 containers to fall into the sea, and the explosion ignited a fire that spread throughout the ship, damaging cargo in the process. Secondary explosions followed as numerous above deck containers full of fireworks exploded as well. 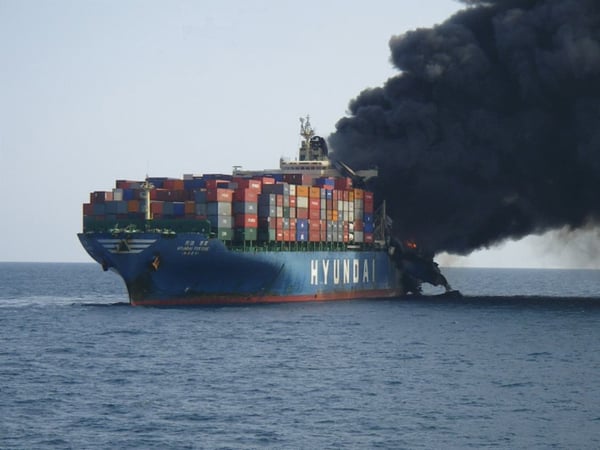 The APL Panama is another commonly referenced instance of GA. While sailing off the coast of Mexico, extreme weather conditions forced the vessel to return to shore. However, a large buildup of sand caused the ship to become lodged onto the beach. The 874-foot container ship was stuck on land for a total of 75 days before being returned to sea. 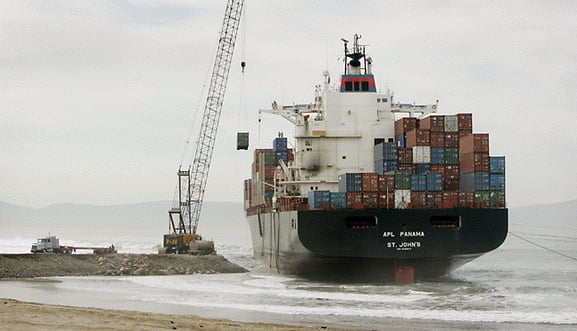 In the Event of a General Average Claim

In order for a GA to occur, the ship ultimately has to be saved and at this point the value of the damaged hull and cargo is apportioned amongst the undamaged owners or parties.

All remaining cargo is held by the vessel owner until bonds or guarantees of payment for the GA expenses are made, usually issued by the cargo underwriter(s). Once made, the vessel owner will release the cargo and forward or transship the undamaged goods to their original destination without lien. Lastly, so long as the vessel owner provided a seaworthy vessel at the commencement of the voyage, General Average settlements are not determined by fault and all cargo owners will be held proportionally responsible for any and all damages according to the landed value (the costs of the cargo plus the insurance premium, and the freight charge to get the cargo to destination) of their cargo. General Average claims engage specialized adjusters and oftentimes take many years to be resolved.

Many commercial insurance policies that include coverage for goods in transit specifically exclude ocean vessel shipments. Therefore, in the event of a GA, if your goods are not damaged and you are not sufficiently insured, you will be responsible for posting cash as security as well as any adjuster or attorney fees that may apply and any additional costs once eventually settled.

The best way to avoid uninsured expenses and frustrations caused by a General Average claim is by purchasing a Marine Cargo policy that includes extensive coverage for GA expenses. The insurance company will pay the required funds for any costs and you won’t have to waste time handling the issue directly. Even if you think the event of a General Average claim is unlikely, you’re protecting your business in the event that unexpected costs are imposed upon your cargo. With a Marine Cargo insurance policy, you are not only purchasing GA coverage but, more importantly, peace of mind that if and when a GA incident occurs all the work and hassle will be handled by the insurance company.